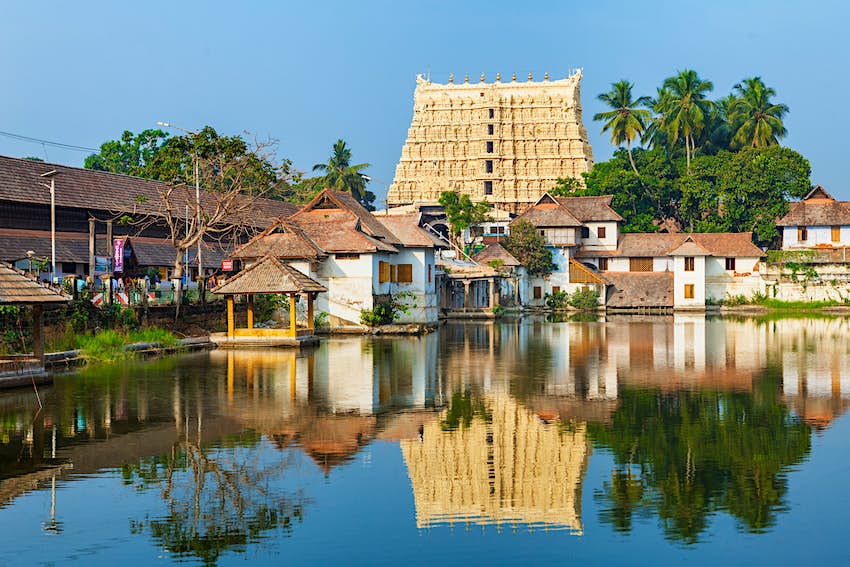 India is home to the most fascinating stories and myths and some of them come in forms of architectural wonders, monuments, even temples and schools.

Imagine a 6th century temple in the heart of South India, with half a dozen secret vaults hidden in its basements, hundreds and thousands of kilos of treasure inside each of these vaults; now imagine all of it to be true! Indian temples have forever been shrouded in supernatural and mysterious legends but nothing gets bigger than the legend of Vault B at Sree Padmanabhaswamy Temple in Thiruvananthapuram, Kerala.

Located under the sanctum of one of the oldest and holiest Hindu temples, Vault B is one of the six vaults tucked under the sanctum of Sree Padmanabhaswamy Temple and the only one that has never been opened. Believed to be protected by the mystical naagpasham (serpent noose), the vault, say locals, can only be opened by chanting the Garuda Mantra by a pious and siddha acetic. They also narrate tales stories of how, when the state was afflicted by a famine 100 years ago and the authorities had tried to force open the vault they had heard sounds of ocean waves crashing against its doors. Some claims say there was hissing of snakes too. The vault doors could ultimately not be opened. And so, while the temple remains a bustling centre of spiritual activity on the ground, the vaults underneath remain home to the supernatural.

The one event that can be touted as the turning point in the colonial history of India is the Black Hole Tragedy. On the night of 20th of June 1756, after the Nawab of Bengal, Siraj-ud-Daula, captured Fort William from the East India Company, a tussle broke out between the troops, following which the prisoners of war were locked by the Nawab in a dungeon. While the numbers are controversial, accounts say that the event caused 64 of them to die.

In the memory of those who perished British Governor General Lord Curzon erected a 15-meter high obelisk in 1901, which became controversial during the Indian Independence movement and had to be ultimately removed. Today the obelisk stands inconspicuously among other graves and monuments in the St. John’s Church compound in Calcutta of which Job Charnocs’s ornate Mausoleum and Lady Canning’s grave are most prominent.

Legend has it that when a cunning influential officer with a roving eye in the far off deserts of the Thar, saw the young daughter of the village chieftain, he wanted to have her. Since the chief’s refusal couldn’t deter him, and he threatened to abduct her, not only that village but all the villages around decided to evacuate their home of 700 years overnight. Today the group of these 84 settlements, believed to have been cursed and haunted by those who had to flee it overnight, stands deserted. Khaba, 26 kilometers outside Jaisalmer is one such village that also has its own fort.

A caravan serai atop a small hill, Khaba Fort, stands amidst rugged desert and rocky hills overlooking an expanse of village ruins. Once used for lodging wealthy silk route travellers from Central Asia through what is now Pakistan into India, the fort acted as a check post back in the day. Once a glistening jewel in the rugged crown of the Thar, the fort, today, is a ruin with crumbling walls, missing roofs and eerie tales of the spirits that supposedly still visit.

When a rich French noble, Major General Claude Martin came to Lucknow in 1795 to serve in the Royal Awadh Court, he commissioned a massive mansion for himself. The sprawling property on the eastern bank of the Gomti River was designed with an unusual mix of European and Central Asian styles and peppered with one hundred thousand local trees. While Constantia, named after Martin’s first love, indeed went on to become the most unusual and flamboyant structure in Lucknow – and perhaps the country – Martin did not live to see it. According to his wish the mansion, completed 2 years after his death, was converted into a boy’s school and his mausoleum.

Today Constantia is not only home to one of the most prestigious schools in India, but is also a monument like none other. While playful cries of schoolboys fill the corridors and playing fields in the day, the place, at night, turns mysterious. If legends are to be believed, Constantia has been haunted for centuries and even today students regularly feel nudges and pushes of invisible forces near a particular spot; apparitions meanwhile are said to be seen floating around in the campus on dark moonless nights.